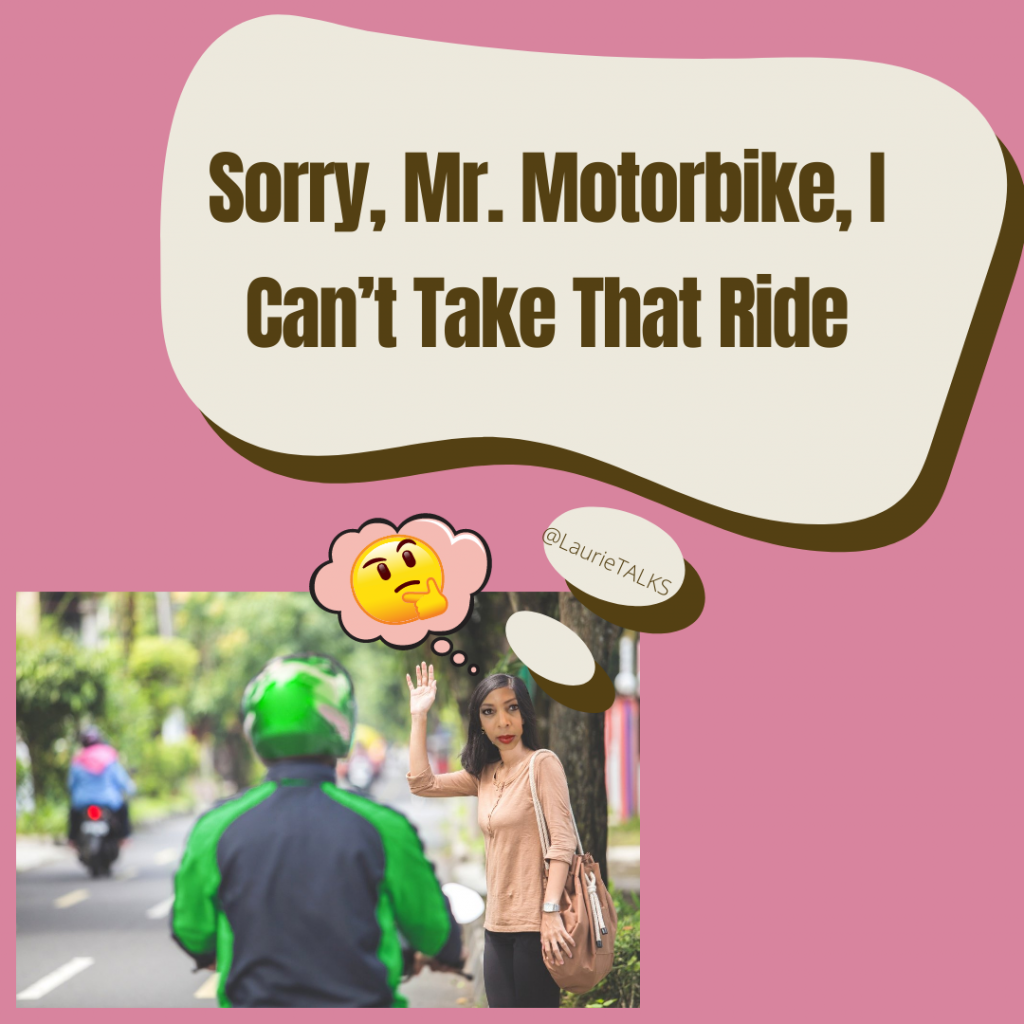 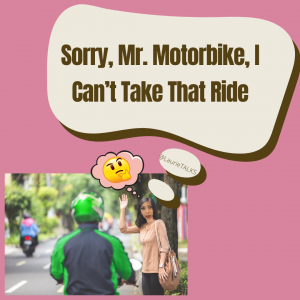 I had two knee surgeries over a five-year period while in my thirties.

The first one was the result of being hit by a car while riding my bike.

During one of my crazy, all-out-summer-fun vacations in Puerto Vallarta, a local asked me to ride on the back of his motorbike. “No,” I told the gentleman.

He assured me it would only be a short ride to the corner and back.

The more I refused, the more he insisted. Several more rounds of pressure on his part ensued.

Then, as if to suggest he had authority over me, Mr. Motorbike said, “OK. But at least give me one good reason why.”

Mr. Motorbike was a complete stranger, and it was none of his business why I’d turned him down.

Besides, I knew that offering explanations can cause some people to assume you’re asking for their permission, approval, or both.

Finally, Mr. Motorbike turned his attention away from me and found a willing rider. Unfortunately for her, five minutes later she was bruised and limping from the spill they’d taken.

I never told Mr. Motorbike why I wouldn’t accept his offer, but I’ll tell you: At the time, I had no medical insurance. I also surmised that perhaps he’d had a few drinks.

As dancers, our bodies are both tools and temples. We owe it to ourselves to acknowledge a risk, along with the likely, serious, and not-so-serious outcomes.

To assess a gamble or the possibility of danger, I ask myself questions like these:

Conducting a mental risk assessment is an ideal way to ascertain the downside of a decision or action that could potentially cause you harm—physically, mentally, or emotionally.

We’re free to choose. But we aren’t free of the consequences.