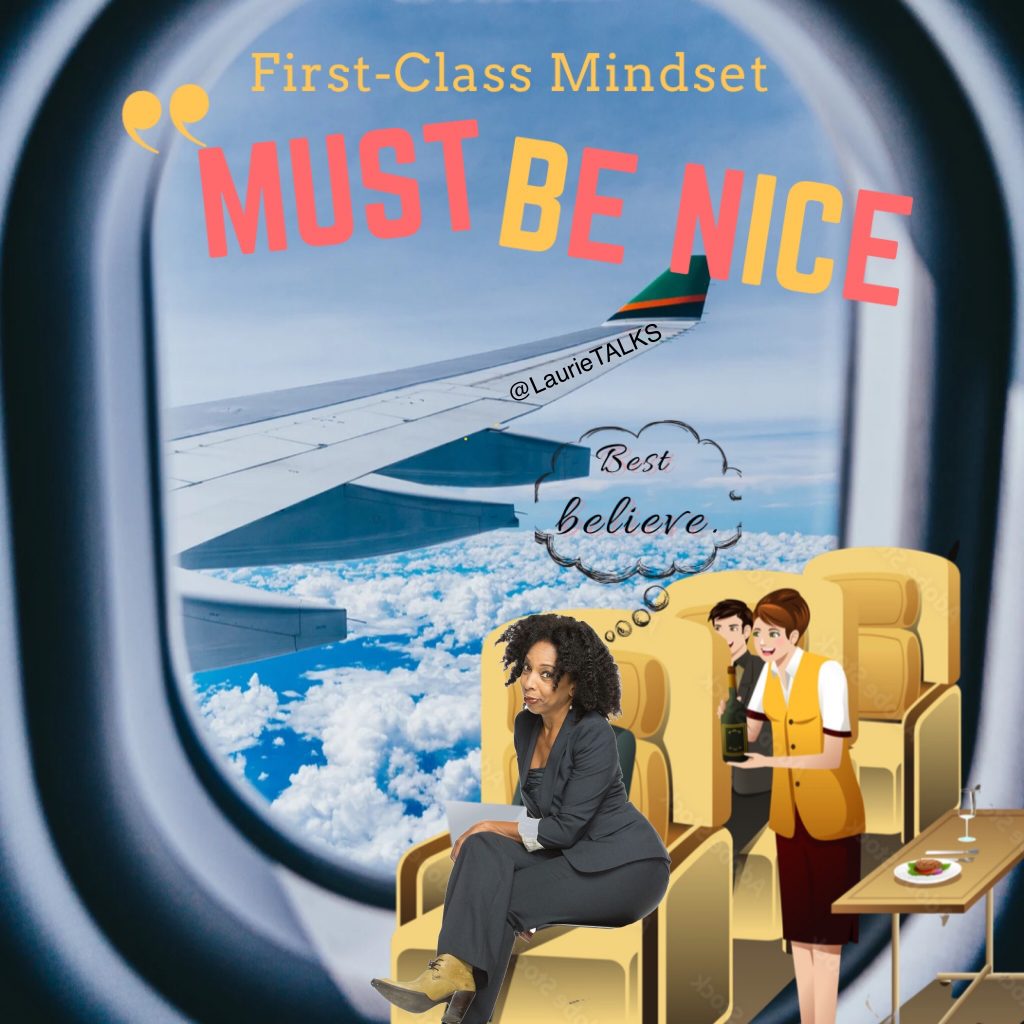 I travel with Tremaine Dance Conventions. And, believe me, I’ve boarded my fair share of flights.

Occasionally I’ll observe a passenger who, while walking through the first-class cabin on their way to the coach section of the aircraft, says something like, “Wow! First-class! Must be nice!”

You can probably imagine the tone of the remark. Curt. Snippy. Sarcastic.

So what’s going on? Is that coach passenger suggesting, with resentment, that other people are better off than they are? Are they expressing jealousy?

But wait. What if a person in first-class was there instead of in coach for a very different reason? Maybe that person’s first-class ticket was a gift. Or maybe it was associated with a goal they’d worked and sacrificed for.

The coach passenger who muttered “must be nice” most likely didn’t consider that, just maybe, that first-class ticket might be the first thing that’s gone well for the person in a long time.

Let’s look at another possible reason for that snippy “must be nice.” Maybe the coach passenger is signaling they think it’s impossible for them to fly first-class too. Maybe they’re announcing they don’t believe they have what it takes to create what they want for themselves.

My friend, thoughts hold energy. And “must be nice” could signal your belief that you’re not good enough.

This kind of high-vibrational thinking will make it less likely you’ll mutter “must be nice” while passing through the first-class cabin of a plane.

Instead, you’ll be thinking “good for them.” Or “I see myself achieving this goal, so make room for me.”

It doesn’t matter where you sit on a plane.

You can travel first-class while sitting in coach because “first-class” starts with the mind.