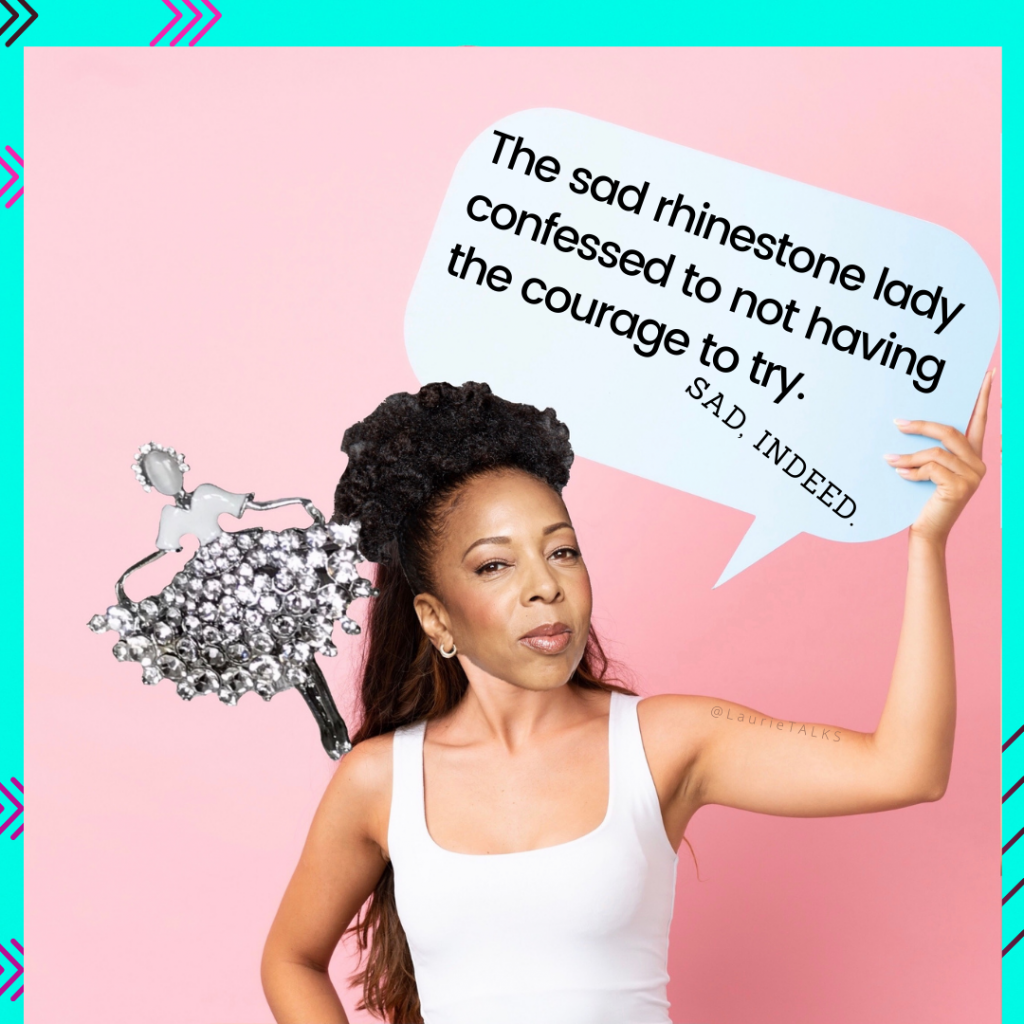 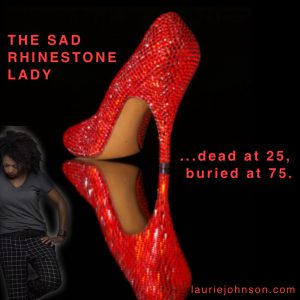 The store where I purchase rhinestones requires customers to take a number and wait to be called. Over the years I’ve come to know every clerk there. We TALK.

When I hear my number and approach the individual who’s going to assist me, I make it a point not to lead with, “I need 10 gross of Swarovski, ss20’s in crystal volcano.” Instead, I ask, “How ya doing?”

Typically, service industry employees, including these clerks, will impulsively respond with something like, “I’m fine. Thanks for asking. What can I get for you?”

On one particular occasion, the clerk, in response to my question, took a long, deep inhale, slumped her shoulders up and forward, and let out an exhausting exhale. Finally, she said, “No joy. I have no joy in my life.”

She had the disposition of an eighty-year-old, even though I’m all but certain she was in her forties.

During our TALK she confessed to being afraid to take risks. She was fearful of letting go of anything she had nothing new. Her eyes were sad and her heart was heavy.

At that moment I understood how she felt. I know paralyzing fear. I know what it’s like to continually feel like you’re stuck.

Fear is a great immobilizer that can rob you from living fully. It’s a destroyer of dreams, causing some people to accept and settle for much less than they know they deserve.

To move past fear, we have to try. And trying requires taking action.

If/when you’re riddled with fear, make a gargantuan effort to ask yourself what you need to do to act. Then, despite feeling scared, do it.

Even though fear makes you feel like you’re stuck, keep telling yourself you’re not stuck because you’re not a tree.

You’re so much more than your current circumstances. And just because fear raises your awareness doesn’t mean it has to stop your progress.

Acting with courage brings about confidence and understanding, while inaction produces more hesitation.

What’s the long-term consequence of never—or too seldom—taking action? Looking back on life and thinking, “I could have been somebody. I could have been great and done so much more. But I let fear stop me!”

The sad rhinestone lady confessed to not having the courage to try. Sad, indeed.