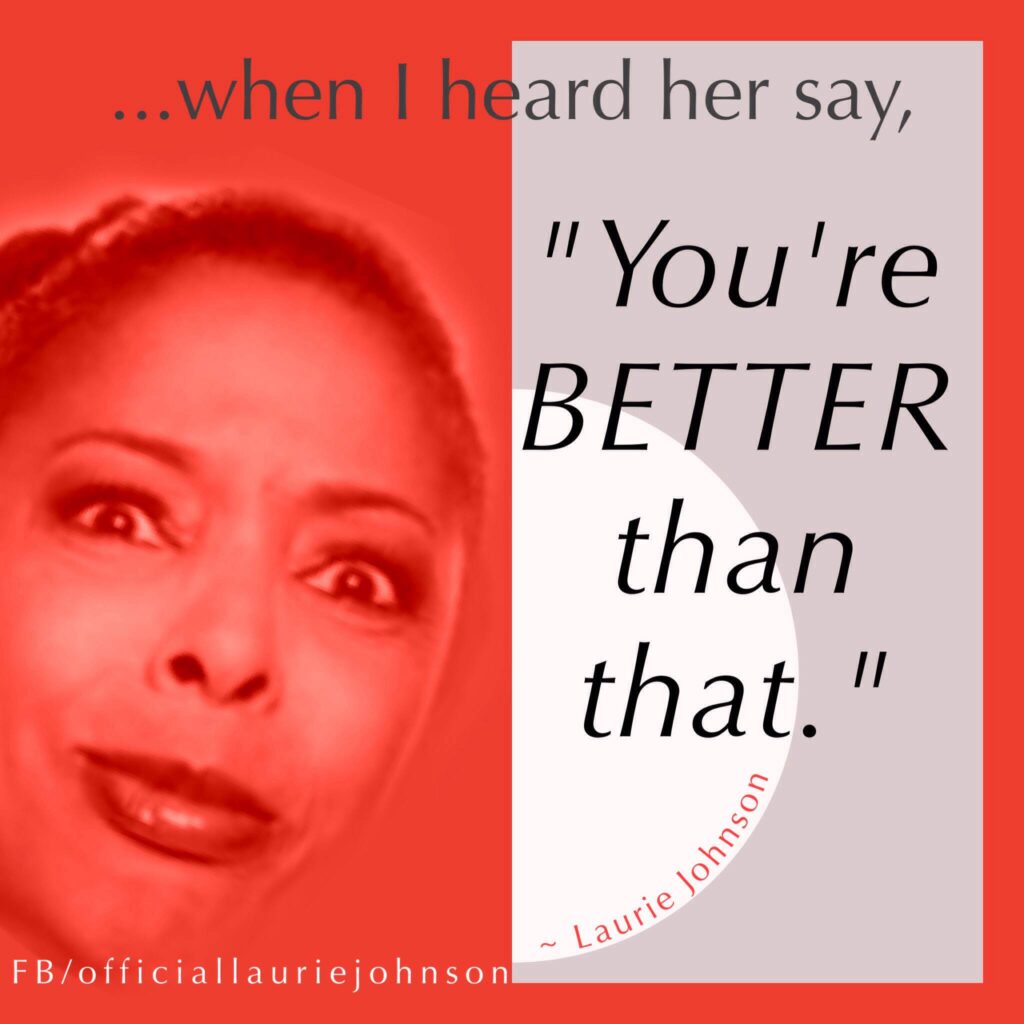 You’re Better Than That 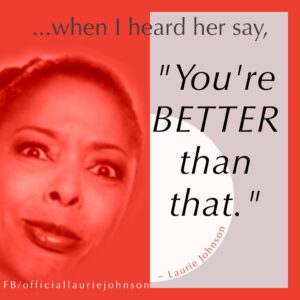 The day my mother said these words to me changed my life.

I’d just graduated from college and was in a relationship that didn’t make sense.

Oh, it made sense to me at the time … that is, until Mother came to visit—for an entire week.

Apparently she’d made quite a few observations in those 7 days with me. Because minutes before leaving to go back home, she looked me straight in the eye and said, “So, why are you in this situation?  What are you still doing here?”

Without thinking, I spoke the sad, ugly truth. “Because it’s easier,” I told her.

I don’t have the writing skills nor the time to adequately recount what happened next. I can only tell you that Mother went off on a rant to end all rants.

Here are a few bits and pieces:

I’d experienced this sort of reprimand from Mother before. I usually hummed a show tune and blocked her out as best I could.

But this time was different. This time she made a statement toward the end that altered me. Why? Because I interpreted it as a vote of confidence. She said, “YOU’RE BETTER THAN THAT!” And that struck deeply.

Mother hadn’t called me an idiot or a lazy coward. Instead, those four words of hers—You’re better than that—spoke of high expectations.

I’d been at a dead end but hadn’t wanted to move away from it. It took hearing that someone expected more from me to make me turn around. To start off in another direction.

If you travel even halfway down a road and know you’re going the wrong way, you don’t have to keep going just because you’re halfway down it.

“A dead-end is a perfect place to turn around.” ~LaurieTALKS