You Were Right; I Was Wrong

Whenever someone says, “Easier said than done.” I always think, “What isn’t?”

Just about everything is easier said than done.

What about the words, “You were right; I was wrong?”

It is such an easy statement to make, yet I remember feeling like such a loser the first few times I decided that it was all-right to (occasionally) be wrong.

Initially, saying these words made me feel like I was losing the battle and allowing another person dominion over me or my pride.

Then maturity set in, and I learned to say, “So what? What does it cost me to let THEM be right? Do I really want to argue about this inconsequential issue?”

I’m not less of a person just because someone else is right or because I decided to keep quiet and allow them to think they’re right.

If you’ve had your share of arguments and drama, say to yourself, “What do I care if someone else thinks they’ve won or that they’re right? What’s the harm in that?

Is proving them wrong really worth all this miserable fighting? What’s the point?

You could simply be thinking, “My peace of mind is more important than arguing over dumb stuff.”

It’s empowering knowing how to use your power while at the same time – saving your energy. It’s like dancer opposition. 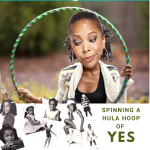 Spinning a Hula Hoop of Yes 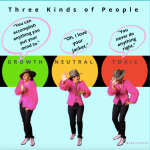 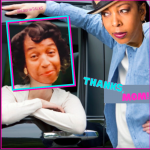